“I had a plan…”: The story of Fathiyyah “Tia” Doster

“I had a plan…”: The story of Fathiyyah “Tia” Doster

I had a plan: to have a natural birth, in water, with no medication, no surgery. I was having a happy, easy pregnancy and even though I had heard the word preeclampsia, I never thought for a moment that my plan wouldn’t happen.

As my due date approached, all was going well. I felt healthy and ready to deliver any day. Then, in a matter of hours, everything changed.

It started off as a feeling of bloating that I couldn’t get relief for. The “bloating” kept increasing, putting more and more uncomfortable pressure on my stomach and back. I could tell something was just not right. The feeling would not go away not matter what I did to try to relieve it.

Then I thought I was in labor, so I called my midwife and described my symptoms. “It may be nothing, but you can come in and we’ll check it out,” she said. “If everything’s okay, we’ll just send you home.” We drove half an hour to the hospital just as a precaution. I wouldn’t see home again for four months.

My blood pressure was 210/150. I knew immediately that my plans for a natural water birth were shattered. I panicked and suddenly, I began to seize. I felt my body stiffen, and the room became blurry. I knew something was terribly wrong. I tried to call for help, but my mouth just would not open. I blacked out. They needed to take the baby ASAP – to save both of our lives. Ayah was born by emergency caesarian at 4:11a.m. on February 5, 2010, at 37 weeks.

When I woke up, I was very disoriented. I realized that Ayah was no longer inside of me, and I was connected to what seemed like dozens of tubes, pipes, hoses and machines. My nurse tried to explain what had taken place, but it was all a blur. The only thing I could comprehend was, “Your baby girl is okay.”

The diagnosis – HELLP Syndrome (H – hemolysis, which is the breaking down of red blood cells; EL – elevated liver enzymes; and LP – low platelet count – a condition that is a variant of preeclampsia). I had no idea what it was or what it meant at the time. Six years later, I know all too well.

I spent four months in the hospital. I had two seizures, multi-organ failure, damage to my lungs, kidneys and liver. My blood wasn’t clotting; I was retaining fluids. I was intubated, put on a ventilator, underwent dialysis daily in the hospital and three times a week once I left, had draining tubes in both sides of my stomach. My caesarian wound, packed with white gauze, was almost an afterthought.

But of course, the saving grace was that my daughter was born healthy, and was well taken care of. She had no complications from this life-altering experience that could have taken us both.

After I finally came home, I began to heal in some ways and not so much in others.

Constant blame, asking myself, “What did I do wrong?”

Physical therapy to regain strength in my legs and feet from weak muscles.

Having to continue with dialysis; my kidneys were the only organs that didn’t recover fully and although they were functioning, they weren’t functioning fully on their own. I’m lucky; after ten months they improved enough I didn’t have to have permanent dialysis or a kidney transplant.

Mentally, I’m burdened everyday with the thought of what could have happened and being so grateful the worst did not come to pass – for myself or Ayah. Learning to live a healthier life and listen to my body has been my most important lesson. I feel obligated to do more than exist now — I need to live, and live with a purpose.

So it was through the Preeclampsia Foundation that I found hope. I met other women who had unexpectedly had their birth plan change, and life changed forever. I was relieved of blame and depression through the bonds of friendship, support, and better understanding of how this life-threatening condition can strike any woman, any pregnancy. And I learned that African-American women are at increased risk and often fare worse.

All of this led me to become the coordinator of the Miami Promise Walk for Preeclampsia, a community-based event to raise awareness and education about preeclampsia. In 2011, I hosted my first walk as a way to heal, and have done so every year since. Sharing my story was therapeutic and allowed me to share what had taken place in my life. I had no idea that so many families would be touched by my story and join me on my mission to raise awareness in my community. My motto is that I don’t want any family to ever have to experience childbirth like I did, because they didn’t know. And because preeclampsia and HELLP Syndrome can happen to any woman, in any pregnancy.

For more information about preeclampsia and HELLP Syndrome, and how you can help spread the word for Preeclampsia Awareness Month, visit http://www.preeclampsia.org/PreAM.

If you would like to connect with Tia to help raise awareness in the South Florida area, follow the Miami Promise Walk’s social media pages on Instagram: @mia_promisewalk; and on Facebook: Miami Promise Walk for Preeclampsia.

05Join @black_women_yoga_studio and @juicedefined tomorrow for yoga and juice!!! Class[...] 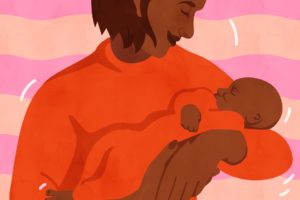 A Matter Of Life & Death 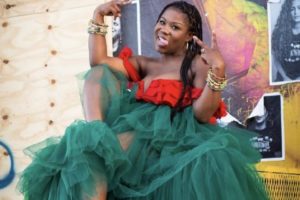 We had the good fortune of connecting with Fathiyyah Doster[...]

Your email is safe with us.

We're currently offline. Send us an email and we'll get back to you, asap.